Changes in Gülen’s thinking regarding his worldview

In my speeches and assessments, it is unavoidable to have changes depending on time, place, and human factors. For instance, in my early preaching, when I considered the problems that arose from the behavior of the Jews, I used to consider them with an approach of generalization, and I used to interpret some verses and the sayings of the Prophet within that framework. But, in the atmosphere of dialog that began after the 90’s, I distanced myself from that approach.

What changes took place regarding his worldview and at what stages? Namely, what are the mental and philosophical stages in his thinking from the first days of his preaching until he became an opinion leader and held the influence that he holds today?

Gülen’s answer to this question demonstrates that from early on, he took a holistic approach in his worldview, which evolved as time went by. It would be safe to attribute, at least partially, this perspective to his wide reading of the classics from the East, as well as the West, during the period of his childhood. For this reason, he believes that in all of the time that he has been preaching in mosques, there has not been a serious wavering in his thought. Of course, this does not mean that his thinking has not been enriched by the knowledge and the life experiences that he acquired later. Only, that he maintained a stable, solid course in his thought and general approach. As he explains it, there was “no change from black to white.” He then adds:

But, in my speeches and assessments, it is unavoidable to have changes depending on time, place, and human factors. For instance, in my early preaching, when I considered the problems that arose from the behavior of the Jews, I used to consider them with an approach of generalization, and I used to interpret some verses and the sayings of the Prophet within that framework. But, in the atmosphere of dialog that began after the 90’s, I distanced myself from that approach. I brought forth the idea that the counter arguments given in the Qur’an and the hadiths should be approached with a holistic view, rather than taken as specific accusations directed towards specific individuals. I did this because, it is more in line with the universal message of Islam, and I advise the people who are listening to me to take it that way as well.

A society, which has been settled and stable for a long time and is open to reason, will have a philosophy of life and a national manner of speech which, is inherently unifying. (1)

Fabio Vicini When Gülen criticizes traditional forms of Islamic education for not having been able to adapt to modern conditions, he expresses something more than a simple dissatisfaction… 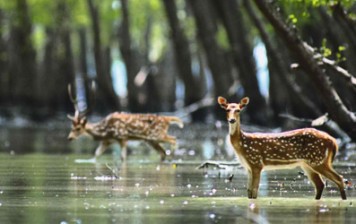 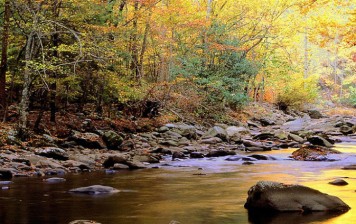 From its founding amid the ashes of Al Qaeda in Iraq, ISIS has dealt in deception as well as death. Despite its name, ISIS represents a perversion of Islam. The group’s dress, flags and slogans cannot hide their abhorrent betrayal of the spirit of this major world faith. Denying this barbaric group a geographical base that emboldens them to claim statehood is a worthwhile goal that all Muslims should support.

Under arrest for months, 62-year-old teacher dies of cancer in prison

Arrested for raising donations on behalf of a Gülen movement-linked charity, 62-year-old religion and ethics teacher Hüseyin Pembe passed away after his battle with cancer in prison on June 1.

Erdoğan: Our people will punish Gülenists in the streets if they ever get out of jail

Turkish President Recep Tayyip Erdoğan said in a public speech on Wednesday that if people affiliated with Turkey’s Gülen group are released from prison after completing their prison terms, the Turkish public will “punish them in the streets.”

This kind of events made our community stronger and send clear message the terrorist groups that they never will be successful to appeal the nation with their sick acts.

Şule Akkaya, a primary school teacher who was detained on June 1, 2017 as part of an investigation into the Gülen group, reportedly covers 40 to 50 km twice a day to breastfeed her one-year-old baby in Zonguldak.

It’s an old story with dictators. If unopposed, they become ever more brazen in their aggression. Case in point: Turkey’s Recep Tayyip Erdoğan. On May 16, during a state visit to Washington, Erdoğan’s bodyguards beat up peaceful protesters, many of them American citizens, in front of the Turkish embassy. At least 11 protesters were injured.

Haldun and his wife, Funda, fled Turkey about two years ago with their three daughters and are now seeking political asylum in the United States because if they go back to Turkey they face arrest and likely torture. Once a successful manufacturer of washing machine products, Haldun, Funda and their children are now a family without a country; their factory turned over to a government trustee, their passports taken away, and their property and belongings nationalized.

Eight non-governmental organizations have called on the Georgian government to refrain from returning detained Turkish teacher to back home where “he will be possibly subjected to political persecution, torture, inhuman and degrading treatment or punishment. “[He] will have no access to fair trial,” said a statement, released on May 31.

Turkey’s ability to stop Kanter from living in the U.S. or playing in the NBA is basically non-existent. The U.S. won’t allow Turkey to extradite him. But Erdoğan’s government has an ulterior motive in attempting to intimidate Kanter. “The point of this exercise is to let Turks around the world know that none of them are safe, that they should not speak out against the government,” Joshua Landis said.

Yet another woman detained due to Gülen links shortly after delivery

Teacher Esra Demir was detained on Monday, a day after giving birth in Batman, as part of a witch-hunt targeting the Gülen movement, news website tr724 reported.