Evolution in Fethulah Gülen’s personal thinking demonstrates a gradual move away from his earlier focus on the Turkish tradition of Islam towards a greater universalism. Openness and tolerance towards other faiths become the key to avoiding social conflict, to achieving social harmony and fulfilling God’s desire for humans to employ knowledge for advancement of human welfare.

Evolution in Fethulah Gülen’s personal thinking demonstrates a gradual move away from his earlier focus on the Turkish tradition of Islam towards a greater universalism. Openness and tolerance towards other faiths become the key to avoiding social conflict, to achieving social harmony and fulfilling God’s desire for humans to employ knowledge for advancement of human welfare. Over the past decades the Hizmet movement has sought cooperation with members of other faiths to participate in many of the movement’s public activities. There is no formal “membership” in the movement, no one carries cards or registers, and one does not have to be a Muslim to be a participant—although the vast majority of supporters are, of course, Muslim believers. Hizmet welcomes the support of all those who share common goals and values and who wish to participate in the movement’s educational and social work or its sessions of interfaith dialog.

Over time Gülen has expanded his focus to embrace appreciation of common values in human life. These values need not come exclusively from Islam; he perceives similar values in other religions as well, particularly in Judaism and Christianity. It is as if the values of Islam were extracted out of traditional Islamic ritual, theology and culture to be reframed now as universal values. These values do not depend on a specific Muslim (or Christian) cultural vehicle. One might perhaps even call it a kind of “non-Muslim Islam”—Islamic values extending beyond specific Muslim culture to achieve common goals in education, community service, interfaith dialog, and the advancement of general human welfare. Indeed, Gülen has spoken of being “human first, and Muslim second.”

Thus Gülen’s vision advocates not simply development of personal philosophy, but direct social activism, including voluntarism, that ultimately will lead to the building of new societies. As Gülen states,

“These new people will unite profound spirituality, wide knowledge, sound thinking, a scientific temperament, and wise activism. Never content with what they know, they will increase continuously in knowledge—knowledge of the self, of nature, and of God.”

It is indeed this voluntarism and personal commitment to an ideal that drives so many hundreds of thousands of Turks—and others—to adopt a mission, to travel abroad in order to build schools and teach, and to serve social causes inside and outside Turkey. This is far removed from the suspicious attitudes of those Muslims who view the West only with suspicion. Gülen pursues ideas of progress and modernity—not to recreate a western way of life but to create a liberated Muslim mindset that can function confidently in the modern world.

Indeed, a basic if unstated concept behind the movement is the empowerment of Muslims to operate successfully in a contemporary and globalizing Turkey, and beyond. This goal has received strong backing from traditional social elements in Anatolia, where pious classes and those proud of Islamic and Ottoman tradition can now rise, achieve education and gain modern skills, and enter the world of business, academia and government and have an impact. As German researcher Günter Seufert points out,

“Teachers and students within the educational network, their sponsors predominantly entrepreneurs from Anatolia and civil servants from the lower and/or provincial classes, discover in Gülen’s teachings a strategy which allows them to expand their professional and social milieus and yet remain Muslims at the same time. Still more, Gülen’s beliefs allow them all to combine their personal educational success and increased social status with their faith and the interests of their nation in a legitimate manner.”

Fethullah Gülen’s critics call this “Islamization” of society; others might see it as enabling believers to play a strong and practical role in contemporary society, while maintaining their values. Ironically some strong secular critics see Hizmet as potentially a greater threat to the secular ideology of Kemalist Turkey than Islamic violence or crude efforts to “seize the state” since it entails a peaceful evolutionary process of living, practicing and spreading Islamic values through working in society. Gülen does not employ the Islamic term da’wa (propagation of the faith); service (Hizmet) through concrete accomplishments replaces that concept.

Excerpt From: Graham E. Fuller. “Turkey and the Arab Spring: Leadership in the Middle East.” Chapter 12.

Throughout Gülen’s teaching, one can see an abiding concern with fostering a communitarian ethos that aims to improve modern society through the revitalization of Islamic spiritualism, individual religious… 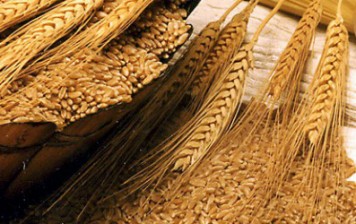 The Architects of Our Future

These architects of our future do not know fame or glory, nor do they wish for position or status. They are content with the light of infinity within…

Fethullah Gulen issued a message of condolences and condemnation of the terrorist attack in an Istanbul nightclub on New Year’s Eve. Gulen said, “I pray that God grant mercy and forgiveness to those who lost their lives during a time normally reserved for celebration, hope and renewal.”

With more than 120,000 public workers suspended and nearly 40,000 people in prison, the aftermath of Turkey’s failed July 15 coup is being felt across every part of society, including its highest-ranked schools. The day after the coup attempt, 1,577 deans — working at nearly every university in the country — were forced to resign. An estimated 200,000 students were left in limbo after the closure of 15 universities and 1,043 private schools.

Gulen has never been charged with a crime in the U.S., and he has consistently denounced terrorism as well as the failed coup in Turkey. One of Gulen’s lawyers, Jason Weinstein, called Flynn’s comments about Gulen “troubling” but said the extradition process is a legal matter in the hands of the Department of Justice.

Turkish witch-hunt against the Gulen movement lacks one thing: Evidence

Fethullah Gulen and his movement are being purged not for terrorism, but for being unwilling to mindlessly follow the new elite ISMAIL SEZGIN Turkish President Recep Tayyip Erdogan declares that the 15 July coup attempt was orchestrated by the Islamic cleric, Fethullah Gulen. Yet, there is little concrete evidence against Gulen. Instead, the government has […]