It was astonishing then that in 1999 tapes came in at the Turkish television broadcaster ATV, in which this universally esteemed and respected teacher (‘Hoca Efendi’) seems to call his disciples to wait for the right moment to seize power in Turkey. The public prosecutor opened a lawsuit to investigate Fethullah Gülen on the basis of the charge of ‘founding an illegal organization aiming to change the structure of the secular state, in order to found a state based on religious laws’. (1)

Were these well-founded accusations, or were they an act of hostility on the part of the Turkish state? There are arguments for the latter explanation, expressed by members of the Gülen community. In regard to the accusations it is only proper to note that the state has always had the monopoly on the definition of Islam, as well as of important concepts like democracy and secularism. Indeed, Hakan Yavuz argues that one of the reasons for the hostility on the part of the Turkish state may have been the establishment of the ‘Journalists and Writers Foundation’, which is traced back to the Gülen community. This Foundation seemed to have the potential to win over the Turkish cultural and commercial elite, through involvement in shared projects aiming at the formulation of a ‘social contract’. (2)

The importance of the ideas that the state favours — democracy, secularism and modernization — is recognized by Fethullah Gülen and he says he supports them. Why then is he being accused of being a threat to those ideas, and even accused of striving for an Islamic state? In the so called ‘Abant Declarations’ published by the Journalists and Writers Foundation subjects like ‘Islam and secularism’ are clearly presented and not in any way that contradicts the meaning or content of concepts like modernity, Islam and democracy, the definition of which the state monopolizes.

Now, Fethullah Gülen himself acknowledges the value of ideas like modernization, secularism and democracy, but he tries also to discuss their content and to give them a provenance and meaning different from that given by the ‘Kemalists’. Thus, for him ‘democracy’ is an idea, a value, that is inherent to Islam. According to him the Turkish people need a higher type of democracy than the present one; a democracy that offers more room to the spiritual (religious/Islamic) faculties, of which in his view the people are in need. ‘Secularism’ envisages that the state will not interfere in the religious experience of its citizens, so that it can ‘create a climate where everyone can sow his ideas unhindered and harvest its crop’. (3)

Fethullah Gülen’s vision is, in itself, an alternative form of modernization. As we said earlier, modernization seems to be a necessary condition for maintaining the right to sustain independent existence in this world, without being oppressed or taken advantage of by the so-called ‘civilized nations’, without having to relinquish one’s own identity in exchange for a ‘civilized culture’. It is interesting that this is the starting point as much of the Kemalist vision as it is of that of Fethullah Gülen. Both want to avoid dependency and being dominated, but at the same time their ideas about how to achieve that differ strongly. Fethullah Gülen has sharp criticisms of the results of the type of modernization that Atatürk strove for. He does not blame Atatürk for this, because according to him Atatürk had the same opinion as himself, only he was understood in a wrong way and it was presented to the people in a wrong way. (4)

Excerpted from the article: Peppinck, Tineke. 2007. “From ‘New Man’ to ‘World Citizen’: The Replication of Fethullah Gülen’s Renewal Vision in the Dutch Context” in the proceedings of “The International Conference on Peaceful Coexistence: Fethullah Gülen’s initiatives for peace in the contemporary world,” Erasmus University, Rotterdam, 22-23 November 2007. pp. 419-30. 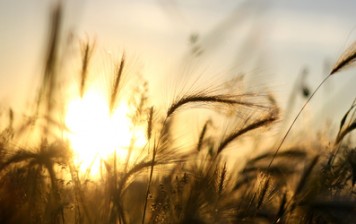 Who is Fethullah Gülen? by Hakan Yavuz

M. Hakan Yavuz* The question of just who Fethullah Gülen is has vexed many. According to his own declaration, he is a stranger in his own land, a…

Gülen, Hizmet, the state and the AKP

The questions such as “What does the Hizmet movement want from the state?” “Why has Gülen been determinedly encouraging his sympathizers to accept state jobs?” and “Why are…

Fethullah Gülen: Erdogan is a Narcissist Dictator, His Main Enemy is Himself

Fethullah Gülen: It is Erdogan who considers me his enemy. I have never considered him as such. I just asked him to keep his promises. His main enemy is himself.

Erdogan regime has transformed most of the seized schools into religious vocational high schools, where teachers mostly teach Salafi beliefs. The Gülen Movement’s first school Yamanlar College was one of them.

Pregnant behind bars with a two-year-old kid

Elif Aydın, 31, is one of the educators arrested in Turkey over the past three years. She was two-months pregnant when she was sent to prison. The pregnant woman stayed by sharing the same bed with his son in prison for months.

Turkey’s National Intelligence Organization (MIT) appears to have staged a rocket attack on the palace of Turkish President Recep Tayyip Erdoğan three days after a failed coup in order to bolster the perception that the threat of a putschist attempt was still alive and to rally public support for the government.

Ahmet Burhan Ataç, an eight-year-old kid departed to Germany on Sunday for cancer treatment without his parents as the father is in prison and the mother is subject to a travel ban over alleged Gulen links.

An 81-year-old Turkish man, who is known as a “longtime friend of Turkish cleric Fethullah Gülen, was detained by police in the Turkish province of İzmir on Monday due to his links to the Gülen group.

A high-profile critic of the Turkish government has described the jailing of his 75-year-old mother and brother to a combined 91-year sentence as “ludicrous” and “perverse”. Akin Ipek said the ‘human rights abuses’ against his family were unacceptable in any civilised country.

May this tragic event be an occasion to reflect worldwide on the blessings we enjoy on this planet, strengthen our commitment to protecting the environment and wildlife and review our response measures.

The Turkish teacher who was deported to Turkey on 1 January had requested political asylum, but the request was denied.