Fethullah Gülen’s strategy: realization of potential in a non-reactive way

Numerous similar statements by Gülen demonstrate that Gülen invites everyone to do good works for the future generations, who will ultimately shape the world according to their ability and pursuit of creativity and happiness. Muslims are duty-bound to act on this basic principle of and justification for human existence on earth.

For Fethullah Gülen, if you are really interested in attaining the pleasure of God or wish to become an insan al-kamil (universal, perfected man), you need to sacrifice a lot for others in terms of time, energy, and resources, without doing so, no one should think that he or she is a very good Muslim or human being dedicated to the causes of Islam and humanity. Many social or human rights activists and religious propagandists of all kinds tend to preach high-sounding morality and human values to others, but in practice they are no more than empty, voluble talkers or even voracious consumers and exploiters of cheap labor, domestic workers and fellow worshippers and/or citizens.

Gülen has never been naive about the self-righteous weakness of religious people in general and Muslims in particular. He has emerged as a symbol of emulation in the path of altruism, which is now regarded as one of the major features of Islamic activism in the field of education and dedication to the causes of humanity and humility. Gülen’s rationality for using religious values or scientific discoveries and technology for the benefits of humanity is in touch with the socio-political context, on the one hand, and basic human values on the other.

As Kuru points out, “Ethics and moral principles, Gülen argues, are crucial for the real enlightenment of humans. To maintain harmony, peace, and happiness in human life requires the realization of both mental rational and heart-based spiritual enlightenment… Gülen argues that reason and Islamic revelation are not only compatible, but also complementary.” (1)

This is in fact a revolutionary message for many traditional religious circles, which tend to reject such a universal idea. As a rational entity, the human being cannot accept many natural phenomena without proper explanations that conceptualize them in terms of higher truths revealed to the human race throughout the revelation period. As the revelation period ended, so the role of reasoning has increased tremendously. Many experts on theology and social sciences simply do not give enough attention to the correlation between revealed texts and the process of enlightenment of human societies. As a result we find the religious forces at loggerheads with the secularists, who also might emerge as an equally dangerous force in terms of human rights and justice for all.

Many religious forces in the Muslim world have emerged as a political platform against western colonialism and imperialism. However, none of these religious groups were unable to play positive role for a long time because anti-colonial and anti-imperialist forces’ actions were based mainly on reactionary strategies. As Enes Ergenes analysis indicates, the Gülen movement is fundamentally different; it is not a reactionary mobilization:

Orientalism was both exploitative and colonial. Islamist ideology was born, therefore, as a political identity opposed to exploitation… the Gülen movement is not a reactionary movement, and it has no relation to the alienated reactionarism. (2)

Gülen has acknowledged all evil deeds perpetrated on Muslims by the former imperialist forces, but has offered some new strategies to fight back against those neo-colonialist forces. First of all, unlike many of his contemporary religious leaders and preachers, Gülen has been highly sensitive to the suffering of common people for economic and social reasons. Usually, like other clergymen of non-Islamic traditions, Muslim religious figures always try to remain correct theologically or religiously and tend to ignore many social, economic, and cultural considerations to be genuinely righteous. Such a tendency has ultimately led many Muslim communities to a kind of seclusion, while Islam is primarily an inclusive religion.

Keeping the aspects of theological correctness under the paradigms of reasoning, Gülen reaches out to Muslims of all kinds, who have been suffering from identity crisis. Hard-line secularism and ultra-nationalism have forced Turkey in ideological antagonism and a deep identity crisis. Neither the orthodox religious circles nor the secularists could address this serious problem of identity crisis of Turks for quite some time. Making the issues of modernity and scientific discoveries relevant to religious thoughts, and vice versa.

Gülen has proved himself a social activist and educationist, who offers younger generations diverse ways of fruitful interaction with other communities. He has spoken about Anatolian Muslimness, or the “Muslimness of Turkish people and not an ethnic Turkish Islam, which is incompatible with his entire educational and spiritual movement. (3) Indeed, Gülen clearly distinguishes negative and positive dimensions of national identity. While expressing his disapproval of nationalism in the sense of racialism, which is nourished by devouring others and which persists through hostility towards other peoples, he draws attention to its positive dimension of mutual assistance and solidarity, which ensures a beneficial strength and is a means for further strengthening Islamic brotherhood.

In modern times, whenever Muslims talk about Islam, many believe that we want to focus on politicized religious ideas or ancient values of Islamic civilization, regarded as a backward looking ideology not compatible with modern way of life. On the other hand, modernity has been regarded as a system where most of the issues related to industrialization, urbanization, and feminism have been melted down in way that everything can co-exist and flourish for its own benefit. Thus some argue that religion is full of contradictions and conflicts while modernism is a suitable and functional system for all except for some religious fundamentalist groups. Gülen’s social sensitivity and responsibility has proved that such a presumption is not true at all. However, his idea came under fire simultaneously from modernists and religious fanatics. Ergene summarizes the peculiar style of Gülen’s alternative path as the following:

His style was shaped in accordance with the socio-pychological demeanor of the society he was addressing. He would filter all his actions and words through the most sensitive screens before he revealed them… his policy was soon to be opposed by some conservative elements in his environment who were unable to calculate the long-term social results of educational projects and opening schools…. One of the basic aims of the global education activities is to form bridges that will lead to dialogue between religions and civilizations. (4)

Thus the intellectual and spiritual undertaking Gülen pursues through his social and educational movements knows no border of national or ethnic identity, but has indeed addressed the problem of hollowness in religious beliefs with no action plans in life and the problem of modernity with extreme selfishness and vulgar consumerism. The project is a grandiose one and with it Gülen has evolved as a social reformer of a special kind having a global impact.

For Gülen, no human being can justify his own power without serving people at large and fellow-citizens in particular. However, with a defeatist mentality nurtured through colonial education system, it is quite difficult for Muslims to put trust in the inherent strength of Islamic worldviews, like the duty of service to others. At the same time, the much claimed supremacy of the Islamic way of life cannot be established through any coercive method. This is the core Islamic message that should not be put under question, it is a kind of universal lesson to be put in practice all the times. Similarly, public good needs to be promoted and protected all the times and in every kind of human activities. Gülen’s vision and mission are totally dedicated to the causes of humanity and public good that should be distributed among all irrespective of creed, culture, and gender:

[We] consider the past as a living body that speaks for us, thinks for us, and whispers words for us. We see a world that speaks through streams, rivers, seas, hills, and plateaus. In reality, the future is a world where opportunities come one after another. (5)

Numerous similar statements by Gülen demonstrate that Gülen invites everyone to do good works for the future generations, who will ultimately shape the world according to their ability and pursuit of creativity and happiness. Muslims are duty-bound to act on this basic principle of and justification for human existence on earth.

Forms of Islam: Popular Islam – Hizmet and The Gülen Movement 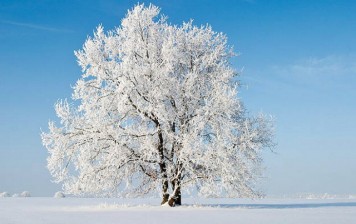 Evolution in Fethulah Gülen’s personal thinking demonstrates a gradual move away from his earlier focus on the Turkish tradition of Islam towards a greater universalism. Openness and tolerance…

The People We Are Longing For (by Fethullah Gulen)

For many years, our nation has longed for liberators who will treat our wounds and cure us of our afflictions. Especially today, when the sky is dark and…

Davis: Moderate voices such as Gülen movement are sorely needed

“This is most unfortunate, as anyone who does the minutest amount of research would clearly see that [the Islamic State of Iraq and Syria] ISIS does not follow the teachings of Islam,” says Joyce Davis, speaking about the bigoted comments of Bill Maher, who simplistically identified ISIS with the religion of Islam on a TV show last week. Davis is president of the World Affairs Council of Harrisburg, part of the World Affairs Councils of America, based in Washington, D.C. She is the author of two books on Islam and has written extensively on international affairs and US foreign policy.