It is imperative that alliances do not harm other countries and extra precautions must be taken to avoid causing tensions. In this regard, Gülen states: For alliances and peace, it is not absolutely necessary to have various organizations; extreme caution should be applied not to give way to the establishment of opposition camps; all humanity needs it.

What is Fethullah Gülen’s view on projects such as “Islamic Common Market” or “Union of Muslim Countries”?

From what Gülen has expressed previously, it might be expected that he would view such associations favorably. But, his position is different:

In a globalized world, establishing associations based on the common denominators like race or religion in today’s world are looked at with repugnance or should be looked at with repugnance. Partnerships should be established which do not differentiate on the basis of religion or ethnicity and do not lead to the formation of divisive fronts. Front formations like Islam and Christianity or Islamic world vs. the West should never be allowed, at all.

In a globalized world the way to have a say in the power balance, goes through establishment of alliances first of all, with the neighboring countries, and later with the nations having more common points, but without having an exclusionary attitude to others. Establishment of natural alliances and instead of enemies, being encircled by the friends should be made the aim of every, and this should be realized by any means. (1)

Ideas turning into concrete politics do not only stem from the fact that those who advance them are bright, but also from their ability to foresee that the time is right for particular ideas to be actualized. It is a matter of wisdom and farsightedness. And while it is normal for alliances to be established to the advantage of those establishing them, it is imperative that these alliances do not harm other countries and extra precautions must be taken to avoid causing tensions. In this regard, Gülen states:

For alliances and peace, it is not absolutely necessary to have various organizations; extreme caution should be applied not to give way to the establishment of opposition camps; all humanity needs it. (2)

While Gülen agrees the joining the European Union, he stresses the need to also develop and improve relationships with the Turkic Republics of the former Soviet Union in Central Asia:

Our integration with Europe is very significant, but our opening up to Asia would be a bridge for the Turkish businessmen and investors, it would facilitate the competition with the rest of the world. Maybe, some joint ventures will be undertaken and in terms of our relationships, these things will give us strength. Of course, the same things might be true for the Pacific world. We are not bound to anyone with a rope; we can use the Pacific, or Asia as well as Europe. The existence of different alternatives would have given us the lee-way for bargaining. Our politicians … our diplomats … could not foresee this. Asia is an important security for the future … For this reason, in order not to miss the chances in the long run, with the friends who think like I do, have established the institutions of science and wisdom to gather our enlightened ones under the same roof. We are trying to recover the chances we had missed. With the hope that maybe we can be able to catch them after 25 years or if the circumstances warrant it, we can realize it in 15 years. (3)

During the administration of Refahyol (coalition of Welfare and the True Path parties, this being the acronym of both parties) government in 1996 and 1997, it was desired to establish a Muslim economic and military pact (it was named “The Developing 8”). When asked his view on this, he responded.

I personally see D-8 as a cheap message to some circles. It is a matter with a lot of risks. I do not know if they really believed that D-8 would bring something. First of all, the conjuncture was not conducive to it. As Muslim countries each one of them is in the hand of a Western power. Saudi Arabia is like that and Iran is like that. Without the permission of the countries at the steering wheel, no one would allow you to move to make such a pact. Also, there is the matter of how the Islamic world views you. Islamic world, by saying “the source of religion is with us” has always looked down on us. Even when we were trying to open schools in Asia, we petitioned to them with the same aim. Saying “let us think about it later,” they dragged the matter and acted toward us with disrespect. (4) 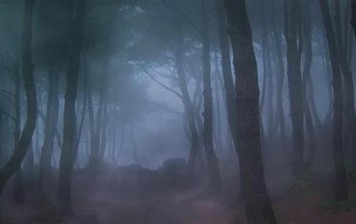 Gülen’s cultural outlook, furthermore, emerges from a basic Sunni orientation. While he strongly advocates tolerance, he also displays some ambivalence towards the force of Persian nationalism which is… 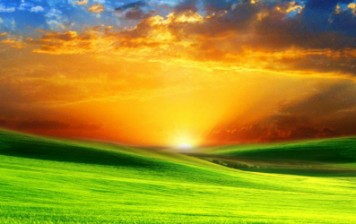 Fethullah Gülen on Renaissance in Islam

Islam achieved a Renaissance in its third and fourth centuries and, to a certain extent, it became a paradigm for the European Renaissance. With all sincerity, we…

The dilemma for the Pakistani government is stark. Turkish prime minister Binali Yildirim has warned that Turkey would be at war with any country that cooperates or aids the Gulen movement. Yet closing down schools that prepare their students for a modern society and economy is something Pakistan’s deeply troubled education sector can ill afford.

Saudi Scholar: Turkish gov’t must give up ‘terrorist’ slander against Gülen

One of Saudi Arabia’s prominent scholars and academics, Professor Hatim b. Arif al-Awni said that Fethullah Gülen is far from terrorism, extremism and violence.

Turkey’s Witch-Hunt Against the Gülen Movement Should Stop

The relationship between AKP and Hizmet fell apart in late 2013 after allegations of corruption were made against the Erdogan government by an allegedly “parallel structure” within the state and supposed shadow fifth column controlled by the Gülen Movement.

Turkish citizens keen to return to Yemen after conflict settled

Despite being evacuated from Sanaa only after an almost week-long wait at the capital’s international airport, many Turkish nationals are looking forward to returning to Yemen to resume their educational activities once the conflict currently consuming the country is settled.