Yesterday, they stabbed us in the back. Tomorrow, they will stab their current colleagues in the back if they get the chance. I call on those who are still silent in the face of this vile betrayal to reconsider their positions.

There have been so many injustices, so many false allegations and slanders. The enmity is not mutual. We do not feel enmity towards anyone. We do not see them as the enemy.

The two men with the most power in Turkey are President Recep Tayyib Erdoǧan, and religious leader Fethullah Gűlen. The former is the founder and long-time former leader of the Justice and Development Party (AKP) and former Prime Minister. The latter, a Sufi theologian known reverentially as Hocaefendi (respected teacher) to his millions of followers, inspired a civil society humanitarian movement, called Hizmet, or service, which has founded thousands of educational centres and owns dozens of media institutions, in Turkey and abroad. They both recently appeared in the news, reflecting vastly different personalities and modes of masculinity. In a speech on 25 May 2015, Erdoǧan angrily rebuked The New York Times, stating ‘as a newspaper you should know your place!’ after it published an article critical of his power-seeking authoritarianism. This article noted that an Ankara-based prosecutor (likely pressured by Erdoǧan) just called for a ban on Gűlen-related media outlets, and that many journalists working for Hizmet have already been arrested. It went on to accuse him of ‘brute manipulation of the political process,’ and being ‘increasingly hostile to truth-telling.’ Juxtaposed to this image of a livid Erdoǧan, are recent news reports about Gűlen, honoured in Atlanta, Georgia, on April 9-10 2015, by the historically Black Morehouse College. Morehouse presented him with the 2015 Gandhi-King-Ikeda Peace Award, for his work towards global peacebuilding. A ceremony was held for him at the Martin Luther King Jr. International Chapel, and pictures of the three humanitarians, together with Gűlen, were prominently displayed in the lobby, to honour those whose life mission, like that of King, was to struggle towards positive social transformation. These contrasting representations of Erdoǧan and Gűlen reflect their contesting visions of Turkey, but also their differing performances of masculinity, leadership, religion, and values regarding alterity.

Ironically, Gűlen and Erdoǧan were allies for years, but experienced a ferocious fallout in 2013 after a series of events. Their alliance was based on their common traditional and religious inclinations, not to mention their shared political enemies. Their ultimate breakup was informed, in part, by their contesting forms of masculinity. It would be reductive to attempt to determine causality for their respective gendered identity performances: facets of identity are all dynamically interrelated. Nonetheless, an analysis of their gendered identities and behaviours sheds light on their feud, and on their greater religious and political landscapes. Cain and Abel offer historians of religion two examples of distinct biblical masculinity: Cain as the wild, unrestrained brother, and Abel, the disciplined, more diligent one; Erdoǧan and Gűlen provide divergent contemporary models from the Islamic context. Erdoǧan’s macho demeanour, patterned after the archetype of the Anatolian Gazi Warrior, Ottoman Sultan, and the figure of Atatűrk, speaks to Turkish paranoia and desire for restored honour. Gűlen’s masculinity, on the other hand, evokes that of Sufi sainthood – one less ‘macho’ than intellectual, less warrior than liminal mystic. While clearly ‘mystics’ and ‘warriors/sultans’ have at times had interdependent relationships, this one was unsustainable for a variety of reasons, including clashing agendas and a profound loss of trust on both sides.

Gűlen has preached that ‘just as God showed His attribute of forgiveness through humanity, He also put the beauty of forgiveness into the human heart…the greatest gift that the generation of today can give their children and grandchildren is to teach them how to forgive – to forgive even confronted by the worst behaviour and the most disturbing events’. When I spoke with him, I asked about the rift between himself and Erdoǧan, and if he envisioned a possible rapprochement. ‘We didn’t cause the illness’, he replied, ‘therefore we do not have a remedy to cure it. Since the source of trouble is not us, we can’t do anything but pray.’ However, he added that his door was always open to speak to Erdoǧan. Given the severity of their falling out, it seems unlikely that reconciliation will take place any time soon. However, given the shifting political landscape in Turkey, one cannot rule it out. Despite Erdoǧan’s macho posturing, he might find it expedient at some point to open channels of communication again.

Erdoǧan’s Gazi Warrior hypermasculine behaviour responds to old feelings of humiliation and emasculation in the aftermath of the fall of the Empire, and to contemporary struggles for power in Turkey. It speaks to those anxious about both Turkey and Islam coming under attack from the West; his forceful aggressiveness a strategy to restore Turkey’s honour and to keep it secure from the ‘enemies on all sides.’ Following Atatűrk’s footsteps, Turkey’s new strong man has become repressive of religious and ethnic groups. Ultimately, Gűlen and the Hizmet movement have found it difficult to support him, while maintaining their Sufi ideals. Their collective power, success, and influence, reflected in the sheer number of Hizmet-affiliated members and institutions in Turkey and abroad, is inspired by Gűlen’s mystical theology and his particular embodiment of Sufism. Despite Gűlen’s mild-mannered approach, Hizmet’s popularity appears to profoundly threaten Erdoǧan’s identity as ruling patriarch and sacred warrior. 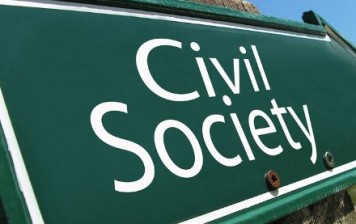 Maimul Ahsan Khan This is Gulen’s most unique achievement. He did not give up his own religious practice in any areas of his activities and also extended his…

It is on this basis that the Hizmet movement has competed directly with the revolutionary and authoritarian ideas of Islamists. The religious attitude of Civil Islam rejects the…

Turkey’s European Union Minister Ömer Çelik on Monday portrayed the Gülen movement as being worse than the Nazis, saying the Nazis were like apprentices or primary school students in comparison to members of the movement.

Hizmet, the social movement inspired by the neo-Sufi thinker Fetullah Gülen, is currently being dismembered by the autocratic president of Turkey, Recep Tayyip Erdogan. He accuses Gülen of ordering a coup attempt on 15th July 2016, saying it was was led by Hizmet members in the army.

Somalia has been one of the centers to the world’s worst humanitarian crisis. The East African country has been crumbled for long years by many inextricable catastrophes including famine, drought, militancy and instability.

Rounding up the ISIS collaborators, in Turkey and Kurdistan

As U.S., Iraqi and Iraqi Kurdish forces close in on Mosul, there is hope that the military campaign can force ISIS out of Iraqi territory. Of course, there are many questions still unresolved, for example, about how to pick up the pieces in Mosul.

The power struggle between the Turkish state and the Fethullah Gulen-led Hizmet Movement continues to reverberate in Turkey. The number detained, arrested, jailed, and dismissed from their jobs since the July 15 coup attempt has reached well over 100,000, 40,000 of whom have been detained on suspicion of having links with Hizmet. One third of the highest-ranking armed forces officers have been dismissed. Almost every major institution—military, judiciary, media, education, business—has been affected.

‘Turkey has become dangerous for us’: Failed coup has some seeking asylum here

They seemed an utterly normal family and yet were scared to publicly reveal their names. They came from Turkey, where a coup attempt in July led to a government sweep of mass arrests and firings. Targeted with particular suspicion: anyone affiliated with a popular movement known for its schools, good works, pro-Western brand of Islam and perceived elusiveness.

Erdogan, by contrast, has given voice to an alternative narrative in which Ataturk’s willingness in the Treaty of Lausanne to abandon territories such as Mosul and the now-Greek islands in the Aegean was not an act of eminent pragmatism but rather a betrayal. The suggestion, against all evidence, is that better statesmen, or perhaps a more patriotic one, could have gotten more.

Until this summer, Cetin Gul of Istanbul, Turkey, worked as a videographer for a company that did promotional work for clients that included a charity organization. That charity, Hizmet, is associated with the movement of Fethullah Gulen. After a deadly and unsuccessful coup attempt by some in the Turkish military in July, the government began suppressing organizations associated with him. “Because of the direct association with Hizmet, I was a direct target,” Mr. Gul said.

Political thunder from Turkey rumbles all the way to New Orleans

And how appalling that they should now be exposed to the atrocious anti-Muslim diatribes of a U.S. presidential candidate not all that different from Erdogan in his threats and his bigotry.