Gülen vs Erdoğan – two diverging interpretations and practices of Islam

The medieval-minded Islamists divided the world into two sharply distinguished parts — Islamic caliphate vs. un-Islamic countries, including the democratic states. They coined the terminologies like “Dar al-Kufr” (land of infidelity) and Dar al-Islam (land of belief) which are instrumental for the present-day jihadists. But Fethullah Gülen, as a sagacious modernist Islamic scholar, urges to replace all such obscurantist and dichotomous terms with the spiritual Islamic concepts.

Gülen has been proactively engaged in a serious brainstorming in his effort to prepare a counter-narrative against the political Islamist ideology. He calls for replacing the extremist, intolerant, retrogressive and chauvinistic precepts of the hardcore Islamists with universally applicable, progressive and egalitarian values. He has redefined exclusivist Islamic edicts coined in the medieval era which are instrumental today for the jihadist recruiters harbouring an exclusivist worldview of ‘us’ versus ‘them’. For instance, the medieval-minded Islamists divided the world into two sharply distinguished parts — Islamic caliphate vs. un-Islamic countries, including the democratic, republican, communist and all nation states. They coined the terminologies like “Dar al-Kufr” (land of infidelity) and Dar al-Islam (land of belief) which are instrumental for the present-day jihadists and are detrimental to the survival of the democrats in the world.

But Fethullah Gülen, as a sagacious modernist Islamic scholar, urges to replace all such obscurantist and dichotomous terms with the spiritual Islamic concepts. In this effort, he replaced the doctrine of Dar al-Islam and Dar al-Kufr with Dar ul-Hizmah (abode of service) and named his movement as “Hizmet”. He stressed Prophet’s mystical tradition that says that “the entire mankind is as one family of God (ayal al-Allah)”. And this is the key concept behind the the Hizmet movement which is inspired by Gülen’s spiritually-inclined progressive interpretation of Islam.

A critical analysis of Gülen’s rebuttals of the extremist Islamist doctrines reveals that his moderate description of Islam, which the Hizmet espouses and enhances, is an antidote to the radical Islamists’ theological underpinnings behind the creation of a worldwide ‘Islamic  caliphate’. No wonder then, Gülen is now facing an unjust onslaught of Erdoğan, the political Islamist president of Turkey who appears to create an Islamic caliphate of his own, something that does not go down well with the advocate of religious pluralism living in self-exile in the US.

The current Turkish regime is hell-bent on crushing down Hizmet’s worldwide advocacy for a pluralistic, dialogic and progressive Islam; a sane voice which is abysmally minimal in the Muslim community the world over. More distressing is the widespread united support of the world’s political Islamist leaders like Al-Qaradawi for the Turkish President Erdoğan extolled as “ammer-ul-moimineen” (chief of the believers) and a “divinely-appointed leader of the Islamic ummah who is backed by God, the angels and the entire ulema fraternity”.

One thing is evident from the political Islamists’ zealous support for Erdoğan and the ideology of “Erdoğanism”: their ulterior motive is to back the emerging political Islamist leader in Turkey to create a future Islamic caliphate, not to sustain democracy in the country.

The author is a scholar of Comparative Religion, Classical Arabic and Islamic sciences, cultural analyst and researcher in Media and Communication Studies.

Respecting all despite differences in style and method

Fethullah Gülen: Everyone can and should serve in their own way by remaining respectful to others. We do not have the right to open the door to…

Fethullah Gulen: There has never been an alliance, a sincere alliance, in the sense of a political alliance between us. The true nature of this relationship is as… 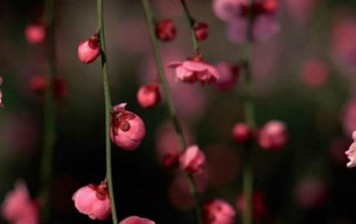 Maimul Ahsan Khan This is Gulen’s most unique achievement. He did not give up his own religious practice in any areas of his activities and also extended his…

Although Turkey immediately blamed Gulen for the coup attempt, it took Ankara nearly six weeks to make a formal request for his extradition — and that was based on earlier alleged crimes, not for his supposed role in the coup.

On Wednesday, Reuters reported that Turkey has recalled, dismissed, and imprisoned the cream of the crop of its military, its NATO envoys. 400 NATO military envoys in Europe and the United States, the most trained and experienced, have been purged.

Nigeria: Our students in Turkey

Nigerian students studying in Turkey have been detained in airports after being interrogated like criminals. About 50 of them were detained in Istanbul’s Ataturk Airport for 11 hours; some were deported, even though they were bona fide students who were yet to complete their studies.

For Turkish exiles in New Hampshire: No way back

A Turkish family of four has settled in New Hampshire, fleeing a crackdown in their homeland that has led to the arrests of thousands of civil servants. They can’t go home but they can’t stay here forever; the tourist visas that brought them here will expire. So they wait, and they worry.

Fethullah Gulen: Once again, the Turkish media, under government control or government pressure, is circulating horrific rumors, this time about a supposed second coup attempt in the works, supposedly prepared by my sympathizers with the backing of the United States. Such rumors are unfounded and irresponsible.