Q: The subject of ijtihad (independent reasoning) has been debated in the Muslim world for a long time. Some thought that the door of ijtihad was closed, and of course this caused a stagnation of reasoning. What might be the criteria to use the methodology of ijtihad?

Fethullah Gulen: The word Ijthad, independent reasoning, literally means “to use all your power and effort in order to bring some hard and difficult works into existence.” In Islamic terminology, the word means “to use all your power to deduct some hypothetical judicial decisions from the clear sources (adilla-i tafsiliyyah) of Islamic law.” The one who makes this effort is called a Mujtahid. The issue in which these efforts are made is called Mujtahadun fih.

In principle, there are two conditions for Ijtihad.  First, one must know the sources of Islamic law related to legal judgments (ahkam).  Second, the Ijtihad should be done by those who are able to penetrate into the spirit of the sources through their intelligence and the logic of religious law.  Any Ijtihad that comes from an eligible person and is done within an appropriate case is valid.

Moreover, Ijdihad is not limited to analogy (qiyas).  It can be done through analogy as well as through the indications, clues, and the hints of the legal texts.  It is also possible to deduce legal judgments from the linguistic aspects of the Qur’an and the Sunnah, including Arabic rhetoric dealing with metaphorical language and literary figures.

Islam, being the last and universal religion, is the epitome of solutions to the problems of humans for all time and for all locations.  These solutions are based on the limited texts of the Qur’an and the Sunnah, which address the unlimited problems of humans.  This blessed activity started in the era of the Prophet and developed in the third and fourth centuries under the names of ijtihad, ra’y (subjective legal opinion), istidlal (inference), qiyas (analogy), and istinbat (deduction).  It has remained alive within the practice of the dynamic systems of Islam and has been highly fruitful.

This rich and original legal culture, unique to the Islamic world, has been fading for reasons such as: exclusion of the active Islamic system of life from the public sphere, the absence of active minds of early Muslim intelligent, the lack of inspired spirits, and deficiency of superior intellects, knowledgeable of the Qur’an and the Sunnah.  There are some who lack reasoning with insufficient intelligence, and are very behind in their knowledge of the Qur’an and Sunnah, and closed to inspiration. Since these types of people have risen to power in religious circles, the fertile institution of ijtihad has been replaced by unquestioning adoption (taqlid), memorization, and copying.

One can see several reasons why the spirit of ijtihad was lost and the door was closed.  The following are considered some of these reasons: Political oppression, inner struggles, the misuse of the institution of ijtihad, an extreme trust in the present legal system, the denial of reform, the blindness caused by the dominant monotonous present system of the time. All of these are among the reasons for this loss.  Furthermore, the believers who were eligible to perform ijtihad based on their intelligence and abilities were at times included mistakenly among the groups of heretics who misused ijtihad.  The door, in fact, has never been closed by anyone.  However, some ulama  had the inclination to close the door of ijtihad against those who would like to promote their own desires and interpretations as guidance.  The door was closed automatically in the face of those who were not eligible to make ijtihad.  As long as society does not have quality scholars who can perform ijtihad, it is not possible to ignore the argument of those who are against ijtihad.

Today, people commonly think of the worldly life.  The ideas and hearts of today’s people are greatly disparate and the minds are estranged from immaterial things.  Religion and religiosity are not the essential issues for people as was the case in the time of the early Muslims.  On the contrary, people are neutral to religiosity or religion; that is to say, being religious or not being religious is the same thing.  Many are highly disinterested in matters of faith and many essentials of religion are ignored.  The pillars of Islam and the principles of faith are viewed with doubt.  Religion for many Muslims has collapsed.  Many make no effort to live their lives within the framework of Islam.  Under such circumstances, one can hardly see that this dynamic aspect of Islam, ijtihad, will be used properly.

Despite all of this mentioned above, there has been a great revival of religion and religiosity in the Islamic world today.  I hope – God willing – this development will result in the rise of those who are eligible to open the door of ijtihad in the near future.

It is my conviction that, when the proper season comes, such gushing spirit and ingenious intellect will create groups comprised of specialists in their fields with an utmost sense of responsibility to undertake ijtihad.  I hope that through such consultation, these groups will bridge the gap that has been created since the loss of the spirit of ijtihad.  Let’s continue mixing this dough for a little more time and see what the Almighty will do. 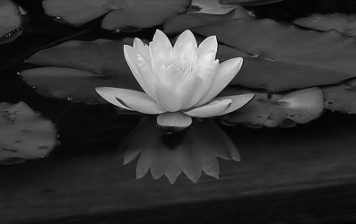 Are there any countries that do not allow Hizmet schools?

Doğu Ergil Are there any countries, which do not allow the [Hizmet] schools to be opened? If so, which ones? Have schools been established in countries experiencing social…

Altruism as a motivating force in Gülen’s educational philosophy

I argue it is exactly here that Gülen links his Islamic ethics to secular morals. To explain this point better I will draw your attention to the connection…

Thousands have been arrested. Civil rights are suspended. People are jailed with no way to consult lawyers or present a defense. The coup has become an excuse for Erdoğan to purge state institutions, and even the private sector, of his critics, regardless of their guilt with regard to the insurrection. The Turkish government — and a 100% state-controlled media — has accused the U.S. government of being behind the coup attempt itself and harboring its purported mastermind, Fetullah Gulen.

Usually, if you hear about a particular ethnic group that’s a victim of graffiti, it’s from some other ethnic group or someone who doesn’t understand their culture. But a building facing the Turkish Cultural Center Connecticut recently was tagged — for the second time in three years — with graffiti that appears to be an extension of a political battle raging within Turkey itself.

There is something deeply disturbing about the direction in which Recep Tayyip Erdogan and his Justice and Development Party are taking Turkey. Writing in this newspaper last week, John Lyons compared the sweeping purges to McCarthyism in the US in the 1950s. That was altogether the wrong analogy.

United States (US) Spokesman Mark Toner has said that the first batch of documents sent by the Turkish government did not constitute a formal extradition request for US-based Islamic scholar Fethullah Gülen.

Fethullah Gulen — His Vision, Our Response

A Muslim religious leader, Fehullah Gulen, is daily in the news, as Turkish president Erdogan accuses him of plotting the recent coup, calling him a terrorist. We are so used to Muslim clerics being or being considered terrorists that we give the matter little thought.