Political Activism for Peaceful Coexistence in Rumi and Gulen

Gulen echoes Rumi also in telling us not to ignore the laws of the universe, not to sit around aimlessly, but rather to exert all our energies to change this world into a world of peaceful coexistence and justice. Gulen’s ideal man, man of action, does his best until this world is turned into paradise; and also struggle for a better world, to be stopped by nothing except death itself.

Rumi strongly underlines that humans – even if they are dervishes – should not ignore the laws of the universe and doctrine of causes, not to sit around heedlessly waiting for Allah’s favor, but rather to exert themselves endlessly in order to transform this broken world into the world of peace and justice. It is obvious that living in the world but not of the world was his main action plan and road map.

Rumi’s activism included his spiritual guidance to the rulers, including the invading Mongols. Rumi gained much love and respect from the sultans, viziers, and kings. These men of high positions were very eager to see him. However, Rumi seldom accepted their invitations. He spent most of his time with the poor and needy. He had disciples who were sultans and viziers but also a lot of disciples from amongst the poor and common folk.

Rumi communicates many things, multiple meanings, at many levels, simultaneously; he provides explanations and keys to unlock the meaning of reality; all the words, all the stories and explanations he conveyed say nothing more than reality, which has been expressed so far by all the great masters of the tasawwuf tradition (sufism) in Islam. He communicated through the power of literature what he learned from the madrasah to the hearts of the people around him, as well as the religious and political elite. Rumi’s Mesnevi is for both well-educated people and people with little education.

His book “Letters” composed of 147 letters written to the political authorities shows Rumi’s personal relationships with various authorities of his violent era, using extant letters to suggest his skill at combining diplomacy with pastoral counseling. Some of the discourses are addressed to the Seljuk vizier Muin al- Din Pervane (d. 1277).

His Fihi Ma Fihi is full of examples of his contact with and guidance to the rulers:

My purpose in speaking this way to the Amir (the ruler) was so that he could see the matter correctly, and accept the will of God humbly. He has fallen out of an exceedingly high state into a low state, yet in this way he may grow. Life can show the most wonderful things, but behind all of them lays a trap should we forget the source of this wonder. God has devised this plan so that we will learn not to claim, out of arrogance and vanity, these ideas and plans as our own.

In short, Rumi was not a politician but a spiritual guide who was perfectly aware of the realities of the mundane world, essential to be an influential spiritual guide. Even though he did not deal with daily politics, he faced and is still facing political accusations, such as seeking political power or being a spy.

A significant renewal of Gulen vis-à-vis tasawwuf is his emphasis on socio-cultural and even political action that is as vital as belief can only be sustainable if it is supported with these actions. For Gulen, just like Rumi, living in the world but not of the world, allowing no inner attachment to it is the basic blueprint of the individual’s whole social action. Gulen also reiterates Rumi’s compass metaphor: “Our right foot is fixed upon the center of the truth while our left foot is rotating in and around the seventy-two nations.” In Gulen’s view -as strongly emphasized by Rumi more than seven centuries ago- action is an inseparable aspect of tasawwuf, and Muslims should be actively involved in the community, share their experience with others, strive to help others and bring peace to the global village.

Gulen echoes Rumi also in telling us not to ignore the laws of the universe, not to sit around aimlessly, but rather to exert all our energies to change this world into a world of peaceful coexistence and justice. Gulen’s ideal man, man of action, does his best until this world is turned into paradise; and also struggle for a better world, to be stopped by nothing except death itself.

Gulen continues a long tradition of seeking to address the spiritual needs of people and to provide some stability in times of turmoil. Like Rumi, rather than advancing political ambitions, creating an Islamic ethic as a manner or conduct of individuals’ life is the main objective of Gulen. Gulen’s objective is also to foster an ethic that is similar to Max Weber’s ‘worldly asceticism, an activist pietism – composed of sincerity, worship, moderation, modesty, following the prophet’s example and encouraging the good and discouraging the bad- with a tendency toward the rationalization of social relationships.

For Gulen, religion is primarily a private or a communal matter, not a political or state matter. He reiterates that Islam as a religion should not be reduced to being a political party identity. He is very critical of political Islamism and the ‘instrumentalization’ of religion in politics:

When those who have adopted Islam as a political ideology rather than a religion in its true sense and function, review their activities and attitudes they claim to be based on Islam, especially political ones, will discover that they are usually moved by personal or national anger, hostility, and other similar motives… …A Muslim’s starting point must have an Islamic basis. In the present situation, Muslims cannot act out of ideological or political partisanship and then dress this partisanship in Islamic garb, or represent mere desires in the form of ideas. If we can overcome this tendency, Islam’s true image will become known (‘Belief’, Sizinti Magazine, November 1981, No:34). 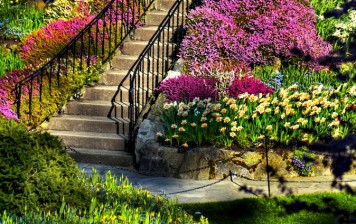 Does Gulen see human rights as a “Western conspiracy” used to divide “our country and nation”?

While citing examples from the implementations of Islamic injunc­tions in the past, which are in conformity with the modern-day understanding of human rights, Gülen says that the violation…

Bruce Eldridge Education, according to Gülen, is a key tool in the development of society. For Gülen, education is an all-encompassing lifelong process. As an educationalist, Gülen does…