1. Be sincere in dialogue

5. Love should be at the forefront of dialogue

6. Highlight the pious values inherent in all religions

To each among you have We prescribed a Law and an Open Way. If Allah had so willed, He would have made you a single people, but (His plan is) to test you in what He hath given you: so strive as in a race in all virtues.

Note: This paper was presented at the conference entitled “From Dialogue to Collaboration: The Vision of Fethullah Gülen and Muslim-Christian Relations” that was held on 15-16 July 2009 at Australian Catholic University in Melbourne. You an reach the conference program here. 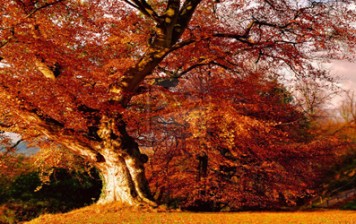 What are the basic principles of the Gülen Movement?

When his discourse and actions are observed over an extended time period, the obvious conclusion is that Gülen’s aim is to reconcile tradition with modernity. According to him,…

The curious thing about the Flynn-Turkey connection is that it was a very badly-kept secret. Details of Flynn’s connection to a firm that worked on behalf of the Turkish government were known at least by mid-November, and there were hints that something fishy was going before that when he began singing Erdogan’s praises and demanding Gulen’s extradition.

One of the Trump administration’s first decisions about the fight against the Islamic State, ISIS, was made by Michael Flynn weeks before he was fired – and it conformed to the wishes of Turkey, whose interests, unbeknownst to anyone in Washington, he’d been paid more than $500,000 to represent.

An Ankara court sent to jail 4 out of 16 Turkish nationals who were deported back to home from Saudi Arabia as part of Turkey’s ever-growing crackdown against the Gülen movement that that has spread to overseas in the recent past.

The families of several Turkish police officers, rounded up as part of the crackdown on the Gulen community, have sought help from human rights activists in a rare example of willingness to speak out on torture allegations that have been rife since the coup attempt last year.

“As the coup attempt unfolded, I fiercely denounced it and denied any involvement,” wrote Gulen, who has been living in self-exile in the US since 1999. “Furthermore, I said that anyone who participated in the putsch betrayed my ideals. Nevertheless, and without evidence, Erdogan immediately accused me of orchestrating it from 5,000 miles away.

A mother of three in the western province of Izmir, Fadime Danışman was arrested along with her 8-month-old baby after police failed to locate her husband, a teacher by profession, as part of an investigation into the Gülen movement.

Aysun Aydemir, an English teacher who was jailed with her three-day-old baby on Monday, has been released only to house arrest with an electronic bracelet on her ankle.

While the narrative voiced by Erdogan and echoed by the Turkish press blamed Gülen exclusively, many Turks and diplomats quietly harbored suspicions that Erdogan planned and staged the coup himself as a Turkish equivalent of the Reichstag Fire. That may once have sounded like a fringe conspiracy, but increasingly it seems the likely genesis of events last July.

A woman in Turkey who just gave birth was arrested at the hospital and thrown behind bars three days later — along with her newborn baby — as part of the country’s widespread purge of “Gulenists,” a report says.

If nothing else, the timing of this is certainly interesting. Yesterday, Turkish President Recep Tayyip Erdogan arrived in Washington for his meeting with President Trump scheduled for later today. It’s an encounter which I already described as problematic at best, given Erdogan’s new status as a strongman and tyrant, and it doesn’t seem to hold the promise of much benefit on our part.