“The Cry of the Nightingale” Fethullah Gulen – A Modern-Day Rumi?

Fethullah Gulen is the perfect modern-day messenger, a voice for peace awakening a sleeping humanity to Rumi’s message of compassion and love through understanding and dialogue. Undoubtedly Rumi’s and Gulen’s legacy will live on in the voices and actions of the inspired followers of Hocaefendi, “a humble servant and friend to all.” It seems that the cry of Gulen’s nightingale is being heard and answered.

Sometimes voices from long ago are so powerful and so full of life and truth that they resonate throughout the ages, as if neither time nor distance could prevent their arrival. They are carried down from century to century waiting to find a modern-day figure who can understand both the message and the messenger.

About 700 years ago in Anatolia, present day Konya, Turkey, spiritual master and poet Mevlana Jalal al-Din Rumi uttered this lament, “I want a heart that is split, chamber by chamber by the pain of separation from God, so that I might explain my longings and desires to it.” Rumi spent his entire life searching for those who shared similar longings, whose love of God was as unquenchable as his, a mirror to his soul.

The opening verses of his most famous work, the Mathnawi, Rumi’s “Song of the Reed” speaks it best of all:

“Listen to the song of the reed,

How it wails with the pain of separation:

“Ever since I was taken from my reed bed

My woeful song has caused men and women to weep.

I seek out those whose hearts are torn by separation

For only they understand the pain of this longing.

Whoever is taken away from his homeland

Yearns for the day he will return.

In every gathering, among those who are happy or sad,

I cry with the same lament.

Everyone hears according to his own understanding,

None has searched for the secrets within me.

My secret is found in my lament‚

But an eye or ear without light cannot know it…” (1)

Recently in an interview with Turkish journalist Nuriye Akman, Turkish spiritual leader and poet, Fethullah Gulen said, “I am looking for a person who is troubled on the inside; one with whom I could talk about the Islamic world, the situation in Turkey, and share my troubles. I am searching for a troubled heart.” (2) He goes on to say that he has many close friends yet none with whom he can share everything. “A friend in thought needs to be like you; needs to burn inside like a fireplace; have a strong bond with Allah, yet remain humble. I should confess that I am lonely.” Gulen seems to echo Rumi’s plaintive cry of separation from the Source, of being a stranger in a strange land in his poem, “The Cry of the Nightingale:”

At the moment when flowers are dancing,

The nightingale sings in gardens secluded.

Each of its tunes sounds like the whistling wind

To those seen as foreigners in their native land.

Each resonates, high and low through the slopes

It bemoans all night until the sun rises,

Each breath comes out as a burning sigh.

It groans unceasingly for a lifetime,

And shed tears, full of grief; but who is there

To appreciate it, to sympathize with its pains? (2)

There seems to be a sympathetic chord in their laments and more and more their names are often mentioned in the same breath. If Jalal al-Din Rumi and Fethullah Gulen were to have met face to face on the ancient streets of Konya 700 years ago, or today on the busy streets of Philadelphia, would they recognize each other as kindred souls that could hear and understand each other’s deepest longings?

As one of the best selling poets in North America, Rumi’s message of love and tolerance, representing Islam as a religion of peace and brotherhood, is beginning to be heard today by spiritual seekers as a positive model for interfaith dialogue in this troubled world. His religion was Islam, yet he was an advocate of unlimited religious tolerance, and accepted Muslims, Jews, and Christians with the same loving eyes and heart. In return he was respected and revered by people of all faiths. Interestingly enough Gulen’s words describing Rumi as inspiring duality of one foot in his own faith tradition while the other roams freely to the faiths of others can also be applied to Gulen himself. (3) Though many today have read about or heard about Rumi, few feel the pain of mankind, or have a heart burning with love of God, or seek an era of love, tolerance and peace as much as Fethullah Gulen. Few understand and exemplify the depth of Rumi’s message as Gulen does.

This Turkish scholar, spiritual leader, teacher, author, and peace activist is a modern day legacy bringing us Rumi’s message of a love that embraces all of humanity; that says love of God is the essence of everything. According to Gulen, “A soul without love cannot be elevated to the horizon of human perfection. Even if he were to live hundreds of years, he could make no advance on the path to perfection. Those who are deprived of love, entangled in the nets of selfishness, are unable to love anybody else and die unaware of the love deeply implanted in the very being of existence.” (4)

For Gulen, there is no time to waste in trying to change the world into a place where love and peace replace hatred and violence. Everything in his life has been dedicated to this end. Esteemed by many as charismatic spiritual intellectual, Gulen has shown no interest in achieving political power, personal acclaim, or sainthood. In fact, he shuns it, preferring to remain quietly behind the scenes inspiring others by his example. Gulen firmly believes that true religion preaches love not hatred, tolerance not judgment, compassion not callousness, peace not war. According to Gulen, true religion leads people to a life of virtue and perfection.

Some might wonder how this humble intellectual, this Sufi, this scholar of Islam has been able to so effectively impel literally millions into service for humanity, a service that is not limited to nationalistic ideals but one that extends to schools and interfaith foundations all over the world from Turkey to Malaysia to Siberia to South Africa to the United States. Gulen teaches that only through education can we raise generations who will understand and practice tolerance and love of fellow human beings. A man is truly human when he learns and teaches and inspires others. Students who have been fortunate enough to live and study with him say he is deeply loved and respected because he practices what he preaches, expecting much more from himself than of others. Those who love him and follow him call him Hocaefendi, which means “Master Teacher.” He says that a true human being has to be so completely dedicated to serving others that he feels tiredness only when his heart stops beating. Gulen has often stated that it is not enough to just speak of love and tolerance without taking positive action – action that expects nothing in return.

A pioneer of interfaith dialogue for over 30 years, Gulen believes that “dialogue is not a superfluous endeavor, but an imperative…that dialogue is among the duties of Muslims to make our world a more peaceful and safer place.” (5) To this purpose, he has met with world spiritual and political leaders. In his meeting with Pope John Paul II he proposed working together to build understanding between Islam and Catholicism. He has sometimes been criticized as one who is betraying Islam by being so accepting of other religions, but Gulen believes there is much more that unites mankind than what separates. The bridges between cultures, religions, races all exist – they just need to be rediscovered.

In effect, Gulen has been able to take Rumi’s message of universal love and tolerance and bring it to life by applying the mystical to the practical. Rumi and Gulen are like “brothers” whose system of thought and philosophy are derived from the same source.

Fethullah Gulen is the perfect modern-day messenger, a voice for peace awakening a sleeping humanity to Rumi’s message of compassion and love through understanding and dialogue. Undoubtedly Rumi’s and Gulen’s legacy will live on in the voices and actions of the inspired followers of Hocaefendi, “a humble servant and friend to all.” It seems that the cry of Gulen’s nightingale is being heard and answered.

Summarized from the paper titled ““The Cry of the Nightingale” Fethullah Gulen – A Modern-Day Rumi?” presented at the Second International Conference on Islam in the Contemporary World: The Fethullah Gülen Movement in Thought and Practice, March 4-5, 2006, Southern Methodist University, Dallas, Texas, U.S.A. http://fethullahgulenconference.org/dallas/proceedings/CBEustis.pdf

Mrs. Catherine Eustis, born in New Orleans in 1948, is a teacher of English as a Second Language. She received her degree in Journalism from Loyola University in 1971, and worked for several years the Times Picayune in New Orleans. She was chairman of the Foreign Relations Association of New Orleans (currently World Affairs Council of New Orleans) Argentine High School Exchange Program for 10 years and was the recipient of the Max Barnett Goodwill Ambassador Award. Currently she is serving as president of Atlas Interfaith Foundation, a non-profit, multi-cultural faith based organization whose spiritual and educational purposes are dedicated to promoting interfaith and intercultural dialogue through its programs and community outreach. She has helped to organize such events as Peaceful Heroes Symposium, The Whirling Dervishes of Rumi, Tolerance Day, Rumi Poetry Night, Sufi Music Concert, and Infinite Light: Legacy of Prophet Muhammad.

Political Activism for Peaceful Coexistence in Rumi and Gulen

Gulen echoes Rumi also in telling us not to ignore the laws of the universe, not to sit around aimlessly, but rather to exert all our energies to… 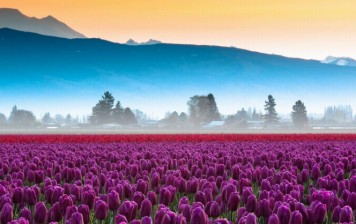 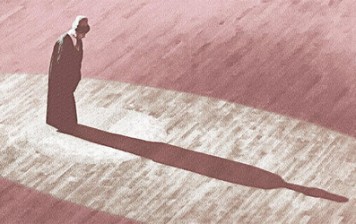 Thomas Michel The writings of Jalal al-Din Rumi, the thirteenth-century mystical poet and founder of the Mevlevi Sufi confraternity, have influenced the thinking and behavior of many Muslims…

Thousands have been arrested. Civil rights are suspended. People are jailed with no way to consult lawyers or present a defense. The coup has become an excuse for Erdoğan to purge state institutions, and even the private sector, of his critics, regardless of their guilt with regard to the insurrection. The Turkish government — and a 100% state-controlled media — has accused the U.S. government of being behind the coup attempt itself and harboring its purported mastermind, Fetullah Gulen.

Turkey’s crackdown of those suspected in the failed July 15 military coup widens, with the firing of 492 people at its top Islamic authority. Turkish President Recep Tayyip Erdogan is zeroing in on a Muslim cleric living in rural Pennsylvania, whom he accuses of masterminding the coup attempt.

Turkish President Recep Tayyip Erdoğan today once again demonstrated he will go to any length necessary to solidify his power and persecute his critics. It is ridiculous, irresponsible and false to suggest I had anything to do with the horrific failed coup. I urge the US government to reject any effort to abuse the extradition process to carry out political vendettas.

I condemn, in the strongest terms, the attempted military coup in Turkey. Government should be won through a process of free and fair elections, not force.

I condemn in the strongest terms the brutal terrorist attacks that took place in Baghdad, Iraq, and Dhaka, Bangladesh, that claimed the lives of hundreds of innocent civilians, including many children. These attacks are grave crimes against humanity and carve deep wounds in our society’s collective consciousness.