Yes, at one time, there had been rapprochement and mutual support, but reality and history show that such an alliance has long been overstated. The truth is, Erdoğan and Gülen only came together when Erdoğan’s stated goals reflected deeply held beliefs by Gülen. As is often the case, perception is mistaken for reality. Gülen is not Erdoğan’s biggest threat, nor was he his chief ally.

Ever since the deplorable, bloody coup attempt on July 15, Turkey analysts and armchair geostrategists have described Fethullah Gülen, the Muslim scholar residing in Pennsylvania since 1999, and Turkish President Recep Tayyip Erdoğan as former-allies-turned-foes.

Yes, at one time, there had been rapprochement and mutual support, but reality and history show that such an alliance has long been overstated. The truth is, Erdoğan and Gülen only came together when Erdoğan’s stated goals reflected deeply held beliefs by Gülen.

Well before Erdoğan and his AK Party (AKP) came to power in 2002, the forerunner of “political Islam” was the Milli Görüş movement, led by Necmettin Erbakan since the early 1970s. A byproduct of the oppressive, ultra-secularist regime at the time, Milli Görüş aspired for a top-down political transformation from the irreligious, Western-bound republic to an independent regime based on religious principles aimed at reviving Ottoman glory. Turkey’s secular establishment, represented by the governing elite and the army, saw this as a threat and closed Erbakan’s parties and banned him from politics.

But Erbakan didn’t represent all devout Turks. A majority of practicing Turks favored center-right conservative parties more oriented to Western democracies than the Middle East. Still, Erbakan was able to snatch the office in the 1970s as deputy prime minister and then finally as the Prime Minister in 1996 for one year.

A financial crisis in 2001 paved the way for Erdoğan’s AKP to win a sweeping majority in the National Assembly in 2002. In addition to the conditions being ripe for change, Erdoğan moderated his public position away from previous political Islamist stances, saying he took off Milli Görüş’s shirt, and that accession to the European Union would be a top priority. This attracted not only the larger conservative masses, but also liberals, business owners, celebrities and faith-based communities like the Hizmet movement inspired by Gülen.

For most of the decade, the AKP voiced what a recovering nation wanted to hear: EU accession, economic reforms, extended freedoms, a new constitution and leaving behind political Islamist rhetoric. These were—and still are—ideas in which Gülen strongly believes.

Recent months and years make it difficult to remember, but Gülen was not the only prominent person to side with the AKP when it claimed to be democratic and Western-leaning. In 2009, US President Barack Obama came to Turkey on his first international visit to a Muslim nation, where he highlighted Turkey’s role in the Middle East. In 2004, the American Jewish Congress presented their Profile of Courage Award to Erdoğan for his “stances on fighting terrorism, working to secure a peaceful solution for Israelis and Palestinians, rejecting fundamentalism and being steadfast in [his] commitment to protect the Jewish citizens of Turkey.”

Despite having shared goals at the time, Gülen and the Hizmet movement were never in any formal alliance with political Islamists. Erdoğan’s political Islamists, then and now, demanded their partisans pledge absolute allegiance and declared as infidels those who did not. Gülen, on the other hand, never confined himself to one party; doing so would have contradicted Hizmet’s independent civil nature.

Gülen has always been careful with politicians – rarely engaging with them and even more rarely speaking publicly in favor of them. It is telling that for all of the talk of the supposed Erdoğan-Gülen alliance, the two men met three times, and not once since Erdoğan became prime minister more than 15 years ago.

Perhaps Gülen’s best political friend was the late Prime Minister Bülent Ecevit, who was both leftist and a secularist. Gülen has sermonized the late Ecevit many times as a man of dignity, courage and a poet. Yet the Hizmet movement didn’t necessarily vote en masse for Ecevit’s party. With the exception of a 2010 referendum on judicial reforms, which was beyond party politics, Gülen never pointed his followers in a certain political direction.

The current crisis is yet another tragic struggle of survival for Gülen, who has been the target of the Kemalist establishment – named for Mustafa Kemal Atatürk, the founder and first president of modern Turkey – for years. Gülen was detained and arrested during the 1960 and 1971 coups, and was on the run for six years after the 1980 coup. He was made an enemy of the state during the “post-modern” coup in 1997, which ultimately led to his taking up residence in the United States.

Today, Erdoğan, who has been struggling against charges of corruption, engaging in oil trade with ISIS, interfering in the Syrian conflict and violating international sanctions against Iran, has taken up the anti-Gülen cause.

For Erdoğan and his supporters, Gülen is perceived as a threat because of his activist preaching — that his followers should pursue their personal dreams for positions higher than those imposed by the strictures of Turkish society and culture.

As is often the case, perception is mistaken for reality. Gülen is not Erdoğan’s biggest threat, nor was he his chief ally.

Hakan Yesilova is editor-in-chief of The Fountain magazine.

Was there a sincere alliance between the Gulen Movement and Erdogan?

Do some people oppose Gülen movement?

Every socio-cultural, revival and peace movements have always had their opponents no matter where in the world they originate. Both within Turkey and beyond, there are people who… 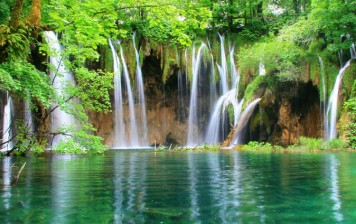 Channels through which Hizmet disseminates its core teachings

More specifically, the following are some channels through which Hizmet instills, disseminates and popularises its core teachings among the wider Muslim public. Where the work is religious in…

Why is the president of a country of 75 million so obsessed with pursuing a retired preacher who has been living in the U.S. since 1999? There are…

My faith is important to me. It helps me see the world in a clear way. My faith gives me a target and goal for my life. Because of my faith, I want to help others and it keeps me motivated. I know without faith I would be very different.

Police waiting at hospital to detain İzmir woman after childbirth

Police are waiting at an İzmir hospital to detain Gülçin Çetinel, a Turkish woman who gave birth to her first baby early on Thursday, over alleged links to Turkey’s Gülen group.

The underlying psychology that surfaces in the form of Islamophobia, Christian-bashing, anti-Semitism or other forms of bigotry based on prejudices, fear and hate is a human tragedy. Regardless of the facade it hides behind, be it a belief system or ideology, terrorism is a single ailment that afflicts humanity, and humanity must join hands to solve it.

Two and half years later, evidence is trickling out to support what the EU initially suspected – that president Recep Tayyip Erdogan knew what was going to happen and let it go ahead as a pretext to create one-man rule.

No society can truly move forward if women, who make half of its population, are limited in their freedoms, rights, and opportunities. The way women are treated and the rights given to them are signs of where that society stands in terms of universal human values.

Two exiled Turkish journalists spoke on a United Nations human rights panel on Turkey’s human rights violations and jailed journalists despite attempts by the Turkish Ministry of Foreign Affairs to cancel the session.

Erdoğan rewards the killers of Gülenists

The rule of law and the independence of Turkey’s judiciary, in lower courts in particular, have been seriously compromised since the failed coup in July 2016.

Turkey’s Interior Ministry has paid more than 19 million Turkish lira to 249 people who provided information leading to the arrest or were instrumental in the death of supporters of the faith-based Gülen movement, a pro-government newspaper reported on Tuesday.

Tanrıkulu said the judiciary treats these women as if they were enemies in war and called for the release of the jailed women and their small children.

Half a million people in Turkey subject to prosecution over Gülen links: ministry

A total of 500,650 people have been investigated over real and alleged links to the Gülen movement, the Cumhuriyet daily reported on Monday.