Where does Fethullah Gülen live?

The place where Gülen lives has been a heated topic among the Turkish public given recurrent news reports that appear in dailies in an attempt to cast doubt on where the Islamic scholar, who left Turkey in 1999, resides.

While speculation and news reports among some national media outlets have claimed that prominent Turkish Islamic scholar Fethullah Gülen lives in a luxurious mansion in Pennsylvania, close friends and lawyers of the opinion leader said Gülen lives in what they call a social facility belonging to a charity, Golden Generation Worship & Retreat Center.

In response to what they call a smear campaign against Gülen portraying the Islamic scholar as living in a luxurious mansion, a lawyer representing Gülen said his client is known for his humble lifestyle that rejects luxury.

Gülen has hosted dozens of Turkish journalists from media outlets representing all political persuasions, from seculars to liberals, at the house in which he stays in Pennsylvania.

This is a social facility, not a mansion, and it belongs to the Golden Generation Worship & Retreat Center, says Bekir Aksoy, president of the center. He said the foundation bought the land on which the facility was built in 1993 to serve Turks living in New Jersey, New York and Pennsylvania.

Aksoy said the facility is used for religious and social activities and serves as a center of retreat from daily affairs. Gülen only uses a room in the facility along with a guestroom for guests. 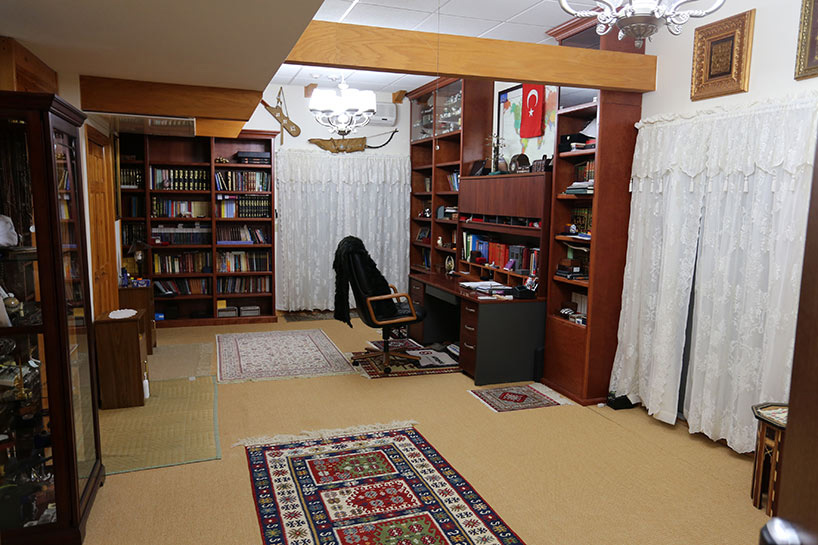 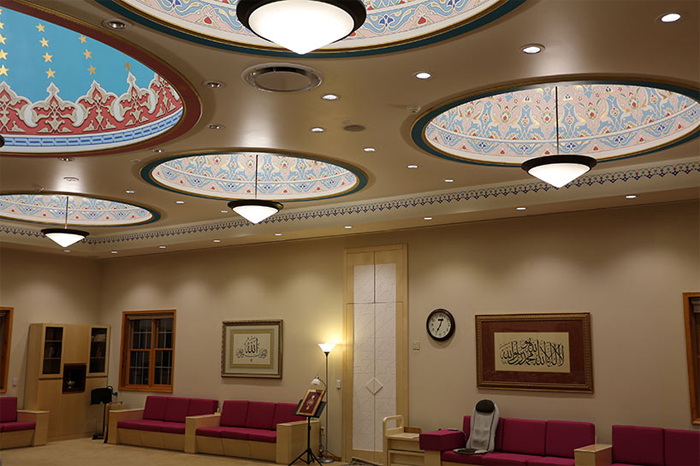 Prayer room in the facility

The Life of Fethullah Gülen: Highlights from His Education

Fethullah Gülen was born in 1941 in a small farming village near Erzurum in eastern Turkey. Ezurum was known to be culturally conservative and to have a very… 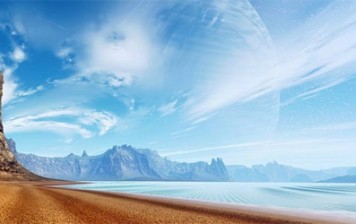 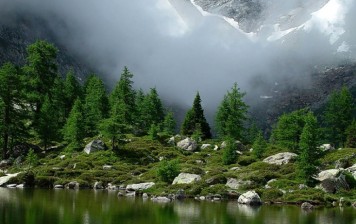 Why does Fethullah Gulen choose to stay in Pennsylvania?

Although there are no legal obstacles for my return to Turkey, I am concerned that certain circles are waiting for an opportunity to reverse the democratic reforms that…

Fear Grows in Turkey as Crackdown on Gulen Followers Continues

The Turkish authorities are continuing their crackdown on followers of Islamic cleric Fethullah Gulen, who is being blamed for a failed military coup attempt. With tens of thousands of people arrested, opposition parties are starting to voice concern that the crackdown is turning into a witch hunt.

Liberal Turkish Journalists Champion Freedom of Expression, to a Degree

It’s precisely opposition journalists who have been criticized by colleagues who until recently worked for the newspapers of U.S.-based Fethullah Gulen. These colleagues accuse the opposition journalists of betraying freedom of expression. One of them is Sevgi Akarcesme who was editor-in-chief of the Turkish English-language daily Today’s Zaman. There is a great deal of truth in Akarcesme’s claims. But who today would dare defend journalists identified with Gulen?

Two months after responding to a coup attempt by declaring a state of emergency, the Turkish government continues to target journalists, pluralism and freedom of information. RSF is today publishing a reportthat details the many abuses and urges the government to return to democratic principles.

US House Foreign Affairs Subcommittee: Charges against Gülen not credible

US House Foreign Affairs Subcommittee Chairman Dana Rohrabacher said during a hearing titled “Turkey after the July Coup Attempt” in the House Foreign Affairs Committee on Wednesday that the Turkish government’s claims against a US-based Turkish scholar for masterminding the July 15 coup attempt lack substantial evidence and were not credible.

Prominent Turkish novelist and recipient of the 2006 Nobel Prize in literature, Orhan Pamuk, has criticized the government’s large-scale crackdown in the aftermath of the failed July 15 coup, warning that Turkey is heading toward “a regime of terror.” “In Turkey, we are dramatically putting behind bars all those who struggle for freedom of expression, and criticize the government even slightly,” Pamuk said on Sunday.