Which political parties does Hizmet support?

But of course, sociologically, it is possible to talk about the impact of the values and perspectives held by this voluntary association, and those who consider these values may make some political inferences based on these perspectives. For instance, the adherents of this movement do not endorse any action that would undermine democracy and do not recognize the legitimacy of non-constitutional regimes.

However, the interaction or communication between Hizmet and individual participants does not take place directly or by way of indoctrination. On the contrary, the individuals make their decisions based on the overall values of Hizmet.

After this introduction, it should be noted that, since the movement’s inception, the principles that establish the framework of Hizmet’s approach towards political parties as an association of volunteers have been obvious.In the past individuals either did or did not lend their support to the policies and actions of political parties based on these principles, and this will remain the case in the future as well. The critical point here is that,for participants in Hizmet, political preferences are born out of common values rather than the political identities of the parties. For this reason, the adherents of Hizmet may choose to extend support to the actions of parties that promote certain values.

It is possible to define the main framework for the values that determine Hizmet’s primary approach towards political parties as follows: democratization, ensuring religious freedoms, the attainment of well-respected standards set by international institutions including the European Union, and expending efforts to promote the rule of law and human rights and freedoms. To this end, it is possible for participants in the Hizmet movement,as part of their personal civic duty,to lend support to those political parties that engage in politics to reach the above goals.

It should be recalled that in this definition, there is not a single reference to an organic bond between the movement and political parties. As long as a political party does not contradict the perspective and values of the people,does not rely on violence and terror, and conducts its politics according to the values highlighted above, it may be supported by those who respect the principles of Hizmet.

The people who volunteer in this movement have,from the beginning,always expressed support for the democratization of Turkey, standing strongly on the side of universal values. Hizmet has never failed to meet the expectations of the Turkish people with respect to further democracy in Turkey in the fields of religious freedoms, the use of the Kurdish language, the rights of religious minorities, EU membership and a civilian constitution. It should also be recalled that Hizmet has never lowered its standards for democracy and human rights below universal standards; rather, without further preconditions,it has mobilized its resources for a democratic and civilian Turkey. Hizmet has not ever approved of any discourse that would make it more difficult for Turkey to progress towards adoption of universal democratic standards, including those set by the EU.

Likewise, the efforts of Hizmet have achieved a level of public dynamism that has historical significance. The movement has made broad contributions to the political process in addressing the Kurdish question and the fulfillment of basic EU reforms through its influence on a wide spectrum of society. However, during these processes, the movement has never sought to acquire power or become part of apolitical administration. Politics is an important actor in society; however, the role Hizmet and other civil society organizations play in the internalization of democracy at the grassroots level should never be overlooked.

Similarly, the fact that people have political convictions to promote democratization and human rights does not necessarily mean they are linked to a particular political party. According to their preferences, they extend support to a political party that promotes and protects certain values. Therefore, in the event that the political party they previously supported lowers its democratic standards, the participants in Hizmet would naturally reconsider their support.

The relation between Hizmet and politics as explained above is compatible with an advanced level of democracy. Individuals and civil society organizations extend support to political parties because of the values they promote. Not all individuals or members of civil society groups are ardent supporters of a political party, and they vote for a party because they support their policies, not because they are card-carrying members of these parties. This dynamic in the relationship between Hizmet and political parties is actually an assurance for the entire society. The ability of movements such as Hizmet to support parties because of their policies and to withdraw that support when necessary can be thought of as something like an electrical breaker. One should never forget that one of the lessons that Middle East politics teaches us is that the engagement of social movements with political parties, administrators or governments and their decisive stance to support them regardless of whether the parties lower their standards of human rights and democratization have always led to political crises.

Excerpted from Journalists and Writers Foundation’s statement on April 6, 2012

Without a sound knowledge of Turkish political history, it is very difficult to understand why Fethullah Gülen and the Hizmet movement have been very sensitive about governmental, constitutional… 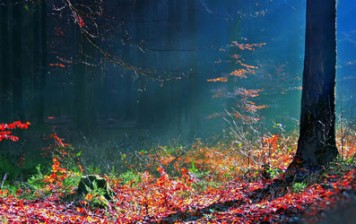 James Harrington Gülen has not involved himself directly in partisan Turkish politics, although his message clearly has political ramifications. He believes in addressing issues and values through the…

It is on this basis that the Hizmet movement has competed directly with the revolutionary and authoritarian ideas of Islamists. The religious attitude of Civil Islam rejects the…

The Gülen Factor: Erdogan, the Coup, and the United States

Engaged in his dirty spate of housecleaning under the auspices of protecting the constitution and the Turkish state, President Recep Tayyip Erdoğan continues to insist on one vital scalp in his enterprise.

Turkey Coup Attempt: Who is Fethullah Gülen, The Cleric Being Accused Of Orchestrating The Turmoil?

In an address to his supporters at Istanbul’s Ataturk airport early on Saturday, Turkish President Recep Tayyip Erdogan accused Fethullah Gülen — a cleric living in a self-imposed exile in the United States — of orchestrating the coup attempt against his government. Here’s what you need to know about Gülen, who has denied being involved in the […]

Is man living in Pennsylvania responsible for Turkey coup attempt?

Gülen’s movement presses for a moderate version of Sunni Islam that emphasizes tolerance and interfaith dialogue. The organization lacks any official hierarchy or structure, but followers have built up a network of think tanks, schools and publications in locations around the world.

For more than 40 years, Fethullah Gulen and Hizmet participants have advocated for, and demonstrated their commitment to, peace and democracy. We have consistently denounced military interventions in domestic politics. These are core values of Hizmet participants. We condemn any military intervention in domestic politics of Turkey.